Trying to imagine what the first draw bridge across the narrows at Indian Rocks  looked like took my search to the historical images for IRB to find this…an actual signed photo of said bridge.

This bridge was eventually replaced with this drawbridge in 1958.  This was the result of a lot of settling both on the mainland and over the bridge to the barrier island and its beaches.

Pioneer families started settling on the mainland of Indian Rocks in the mid-1800s.  The attraction of the gulf and bay waters for fishing, land for agriculture and many natural springs for an abundance of water made the area a special place.

Around 1883 settlers Hamlin and Hendrick were searching for an ideal spot to settle and when they arrived “in the Narrows”, they knew this would be their homestead.  It is quoted by Harvey Hendrick – “i like the place, I thought it was the most beautiful place on God’s green footstool, and I think so yet.”

When the Tampa & Gulf Coast Railroad built a line from the city to the beach in 1914, Tampans flocked to the beach paradise creating their very own beach playground.  They built shoreline retreats – cottages as we know them – as well as grand beach homes.

Post World War II brought a new generation, the returning soldiers and their families. This was a great acceleration in the growth of IRB.   As the area grew, the “longest” fishing pier in Florida was built, in the 1950s. 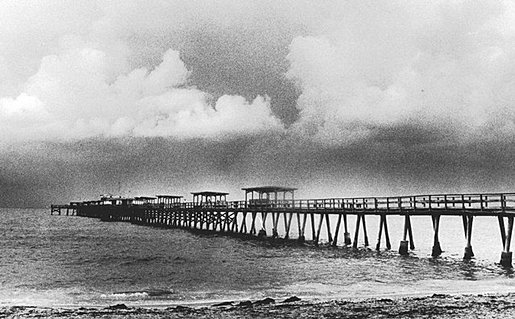 As time went on, Indian Rocks Beach became a thriving community with a unique cohesive spirit attracting a variety of residents.  They worked to create civic organizations, churches, government and social groups.  This same spirit is still alive in the present day community with active civic groups that help preserve and improve this unique three miles of beach and casual living.

Visited the “Narrows” the other morning to record a quick video to share – The Narrows of IRB.
Hope you get to visit the beach soon or one of the many eating establishments on this beautiful barrier island so well known as “Indian Rocks Beach”